It appears the uncharacteristically nice weather of the last few weeks has finally left us. The beautiful blue skies have been replaced with a shroud of white fog giving the boat an extra spooky feel today. Not that that’s anything to deter us… this far into the cruise, preparing and deploying all of the landers has become second nature to us all. So much so that we’ve begun designing new experiments and different uses for the landers.

Grey skies greet us this morning

Having already proven its adaptability following its resurrection, the optical lander was the first pick for such work. In order to investigate how the size of bubbles changes as they rise upwards, the lightning panel was removed from the lander and turned into a rather unwieldly mace for our ROV ISIS to hold. The screen was then held behind a bubble stream as the ROV slowly rose upwards, recording the shrinking of the bubbles as the CO2 slowly dissolves into the water column. These kind of experiments normally take months of planning, so being able to MacGyver them at sea really shows just how talented everyone on board is. 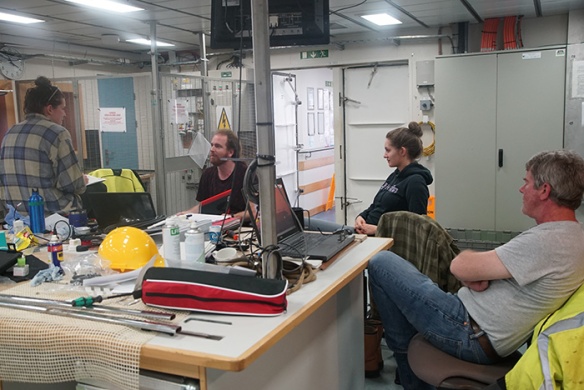 Planning changes to the benthic chambers 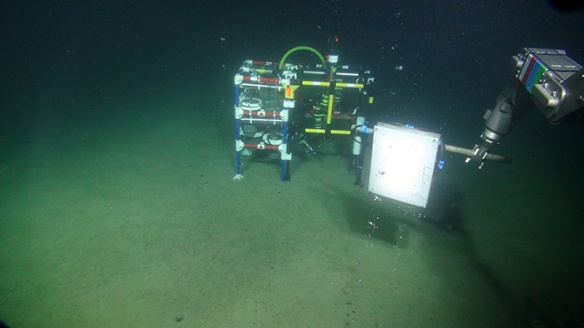 The bubble screen experiment in action

Sadly, the weather did deteriorate briefly enough to delay an ROV deployment but the team on board made the best of free time with a friendly game of Trivial Pursuit. Naturally, I was the winner – even though I had to carry my team mate, project leader Doug Connelly (it’s OK, he’s far too busy running things to read the blog… I hope!) 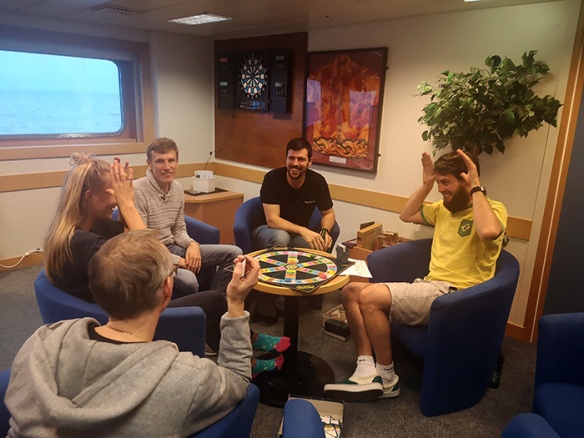 HIgh stakes on the Trivial Pursuits board